1Now after the death of Joshua it came to pass, that the children of Israel asked the LORD, saying, Who shall go up for us against the Canaanites first, to fight against them?

2And the LORD said, Judah shall go up: behold, I have delivered the land into his hand.

3And Judah said unto Simeon his brother, Come up with me into my lot, that we may fight against the Canaanites; and I likewise will go with thee into thy lot. So Simeon went with him.

4And Judah went up; and the LORD delivered the Canaanites and the Perizzites into their hand: and they slew of them in Bezek ten thousand men.

5And they found Adonibezek in Bezek: and they fought against him, and they slew the Canaanites and the Perizzites.

6But Adonibezek fled; and they pursued after him, and caught him, and cut off his thumbs and his great toes.

7And Adonibezek said, Threescore and ten kings, having their thumbs and their great toes cut off, gathered their meat under my table: as I have done, so God hath requited me. And they brought him to Jerusalem, and there he died.

8Now the children of Judah had fought against Jerusalem, and had taken it, and smitten it with the edge of the sword, and set the city on fire.

9And afterward the children of Judah went down to fight against the Canaanites, that dwelt in the mountain, and in the south, and in the valley.

10And Judah went against the Canaanites that dwelt in Hebron: (now the name of Hebron before was Kirjatharba:) and they slew Sheshai, and Ahiman, and Talmai.

11And from thence he went against the inhabitants of Debir: and the name of Debir before was Kirjathsepher:

12And Caleb said, He that smiteth Kirjathsepher, and taketh it, to him will I give Achsah my daughter to wife.

13And Othniel the son of Kenaz, Caleb's younger brother, took it: and he gave him Achsah his daughter to wife.

14And it came to pass, when she came to him, that she moved him to ask of her father a field: and she lighted from off her ass; and Caleb said unto her, What wilt thou?

15And she said unto him, Give me a blessing: for thou hast given me a south land; give me also springs of water. And Caleb gave her the upper springs and the nether springs.

16And the children of the Kenite, Moses' father in law, went up out of the city of palm trees with the children of Judah into the wilderness of Judah, which lieth in the south of Arad; and they went and dwelt among the people.

17And Judah went with Simeon his brother, and they slew the Canaanites that inhabited Zephath, and utterly destroyed it. And the name of the city was called Hormah.

20And they gave Hebron unto Caleb, as Moses said: and he expelled thence the three sons of Anak.

22And the house of Joseph, they also went up against Bethel: and the LORD was with them.

23And the house of Joseph sent to descry Bethel. (Now the name of the city before was Luz.)

24And the spies saw a man come forth out of the city, and they said unto him, Shew us, we pray thee, the entrance into the city, and we will shew thee mercy.

25And when he shewed them the entrance into the city, they smote the city with the edge of the sword; but they let go the man and all his family.

28And it came to pass, when Israel was strong, that they put the Canaanites to tribute, and did not utterly drive them out.

32But the Asherites dwelt among the Canaanites, the inhabitants of the land: for they did not drive them out.

34And the Amorites forced the children of Dan into the mountain: for they would not suffer them to come down to the valley:

35But the Amorites would dwell in mount Heres in Aijalon, and in Shaalbim: yet the hand of the house of Joseph prevailed, so that they became tributaries.

36And the coast of the Amorites was from the going up to Akrabbim, from the rock, and upward.

Verses 1-8: The Israelites were convinced that the war against the Canaanites was to be continued; but they were in doubt as to the manner in which it was to be carried on after the death of Joshua. In these respects they inquired of the Lord. God appoints service according to the strength he has given. From those who are most able, most work is expected. Judah was first in dignity, and must be first in duty. Judah's service will not avail unless God give success; but God will not give the success, unless Judah applies to the service. Judah was the most considerable of all the tribes, and Simeon the least; yet Judah begs Simeon's friendship, and prays for aid from him. It becomes Israelites to help one another against Canaanites; and all Christians, even those of different tribes, should strengthen one another. Those who thus help one another in love, have reason to hope that God will graciously help both. Adoni-bezek was taken prisoner. This prince had been a severe tyrant. The Israelites, doubtless under the Divine direction, made him suffer what he had done to others; and his own conscience confessed that he was justly treated as he had treated others. Thus the righteous God sometimes, in his providence, makes the punishment answer the sin.

Verses 9-20: The Canaanites had iron chariots; but Israel had God on their side, whose chariots are thousands of angels, (Ps 68:17). Yet they suffered their fears to prevail against their faith. About Caleb we read in (Jos 15:16-19). The Kenites had settled in the land. Israel let them fix where they pleased, being a quiet, contented people. They that molested none, were molested by none. Blessed are the meek, for they shall inherit the earth.

Verses 21-36: The people of Israel were very careless of their duty and interest. Owing to slothfulness and cowardice, they would not be at the pains to complete their conquests. It was also owing to their covetousness: they were willing to let the Canaanites live among them, that they might make advantage of them. They had not the dread and detestation of idolatry they ought to have had. The same unbelief that kept their fathers forty years out of Canaan, kept them now out of the full possession of it. Distrust of the power and promise of God deprived them of advantages, and brought them into troubles. Thus many a believer who begins well is hindered. His graces languish, his lusts revive, Satan plies him with suitable temptations, the world recovers its hold; he brings guilt into his conscience, anguish into his heart, discredit on his character, and reproach on the gospel. Though he may have sharp rebukes, and be so recovered that he does not perish, yet he will have deeply to lament his folly through his remaining days; and upon his dying bed to mourn over the opportunities of glorifying God and serving the church he has lost. We can have no fellowship with the enemies of God within us or around us, but to our hurt; therefore our only wisdom is to maintain unceasing war against them.

Each day we walk through the Bible chapter by chapter making an application of our text to help us grow in the Lord. Many applications can be made from each day's text. Today we Start the book of Judges with Chapter 1 and we see the Military Failure of Israel and the Incomplete conquest of the land as Israel fails to drive out the enemy. Many application can be made from the text but what catches my eye is failure to drive out the enemy from the promise land. In applying it today in our lives we see the need to drive sin out of our lives. If we allow "little" sins to abide in our lives it will come back to defeat us just as it did the nation of Israel. What we need to embrace is that all sin is bad for us. The smallest white lie nailed Jesus to Cross and we must drive it out of our lives. "Little Sins" remind me of rip tides in the ocean. You are told not to swim in them but when you do - before you know it they will take you out to sea. How about you? What is your view on "little sins"? Let us learn from our text today and drive out all sin from our lives. 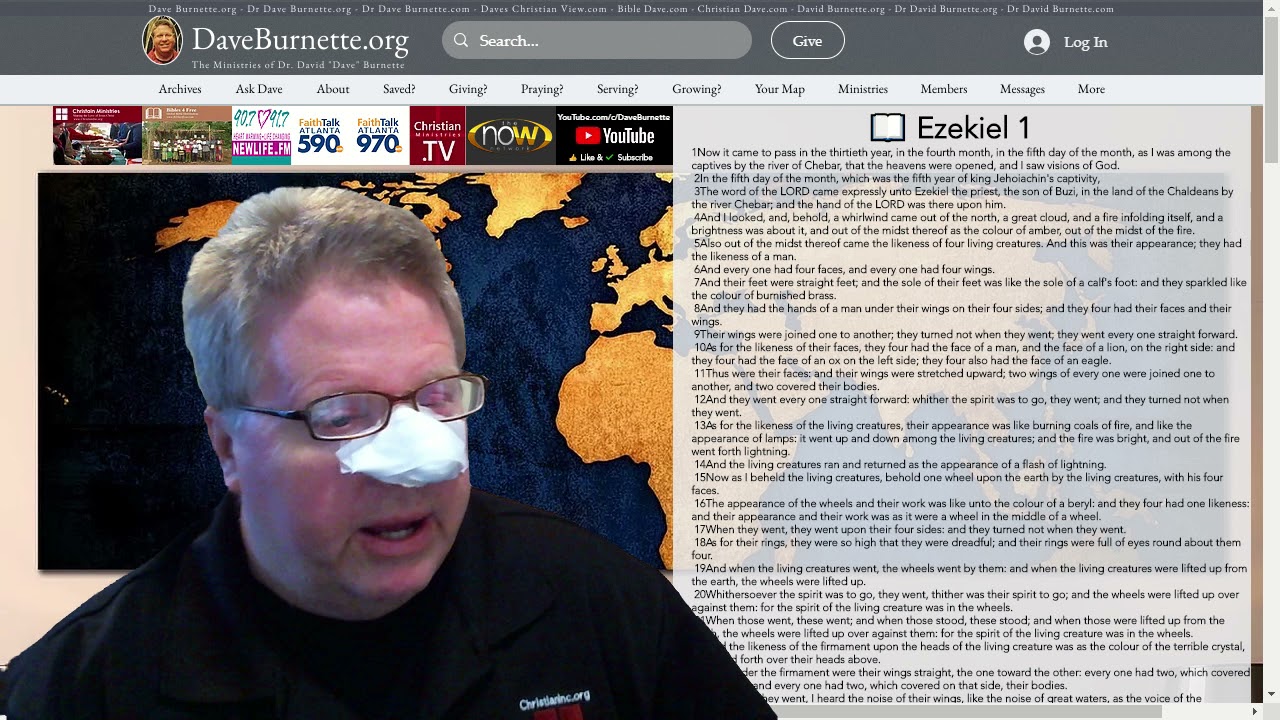 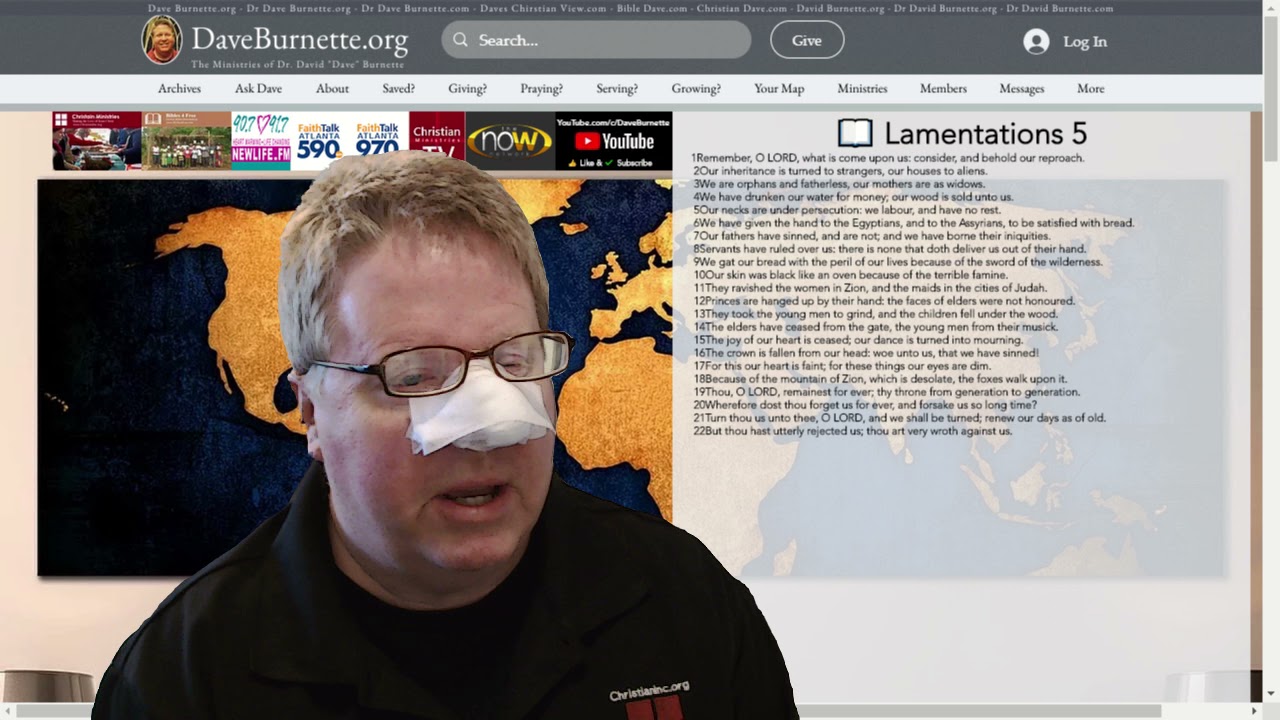 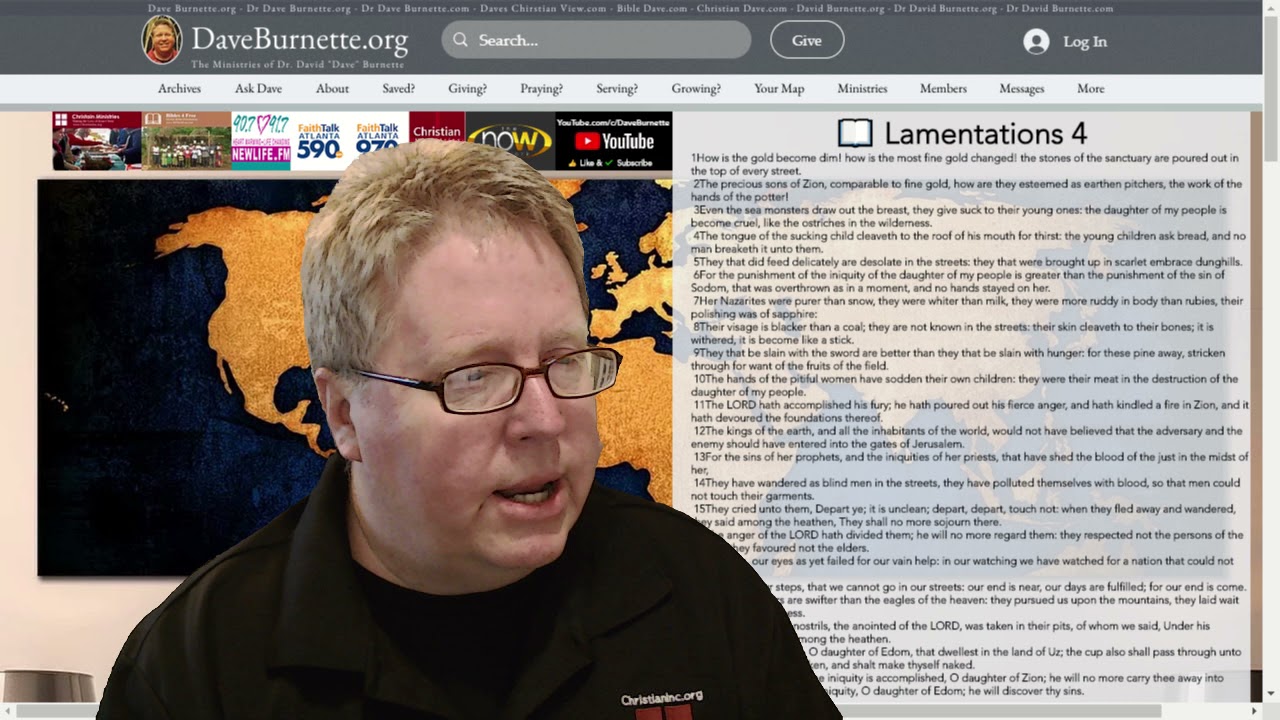 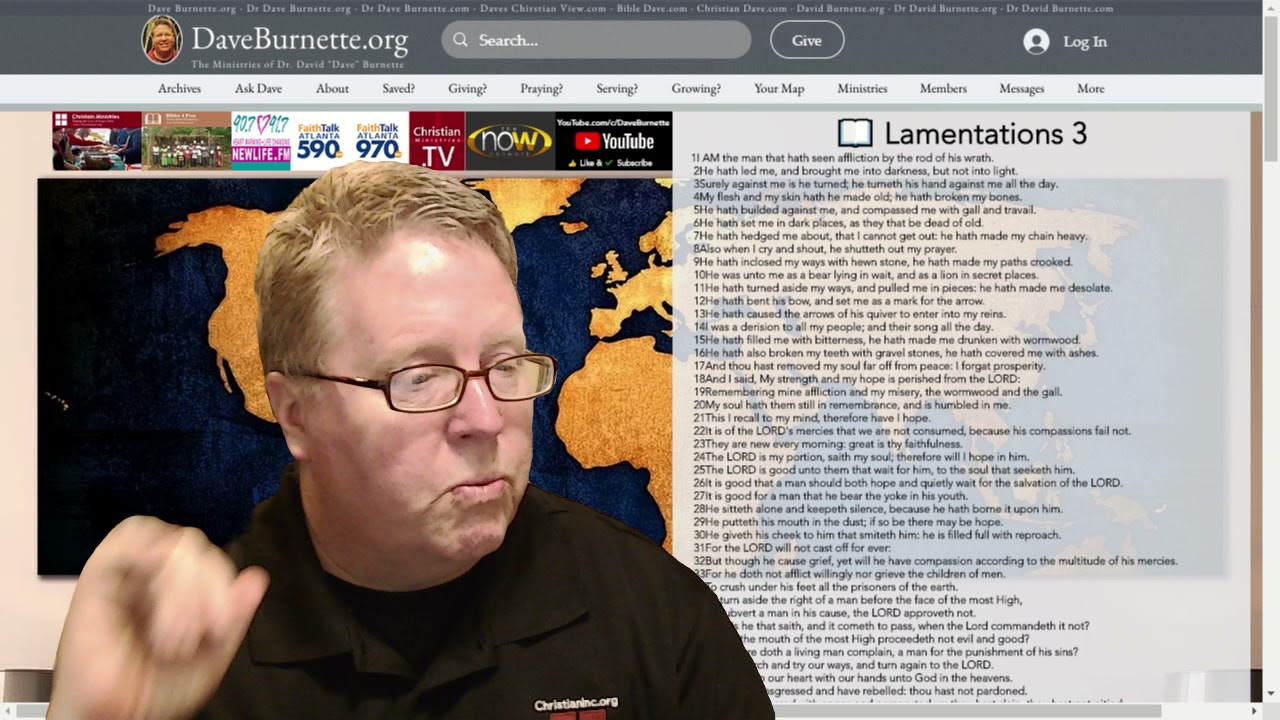